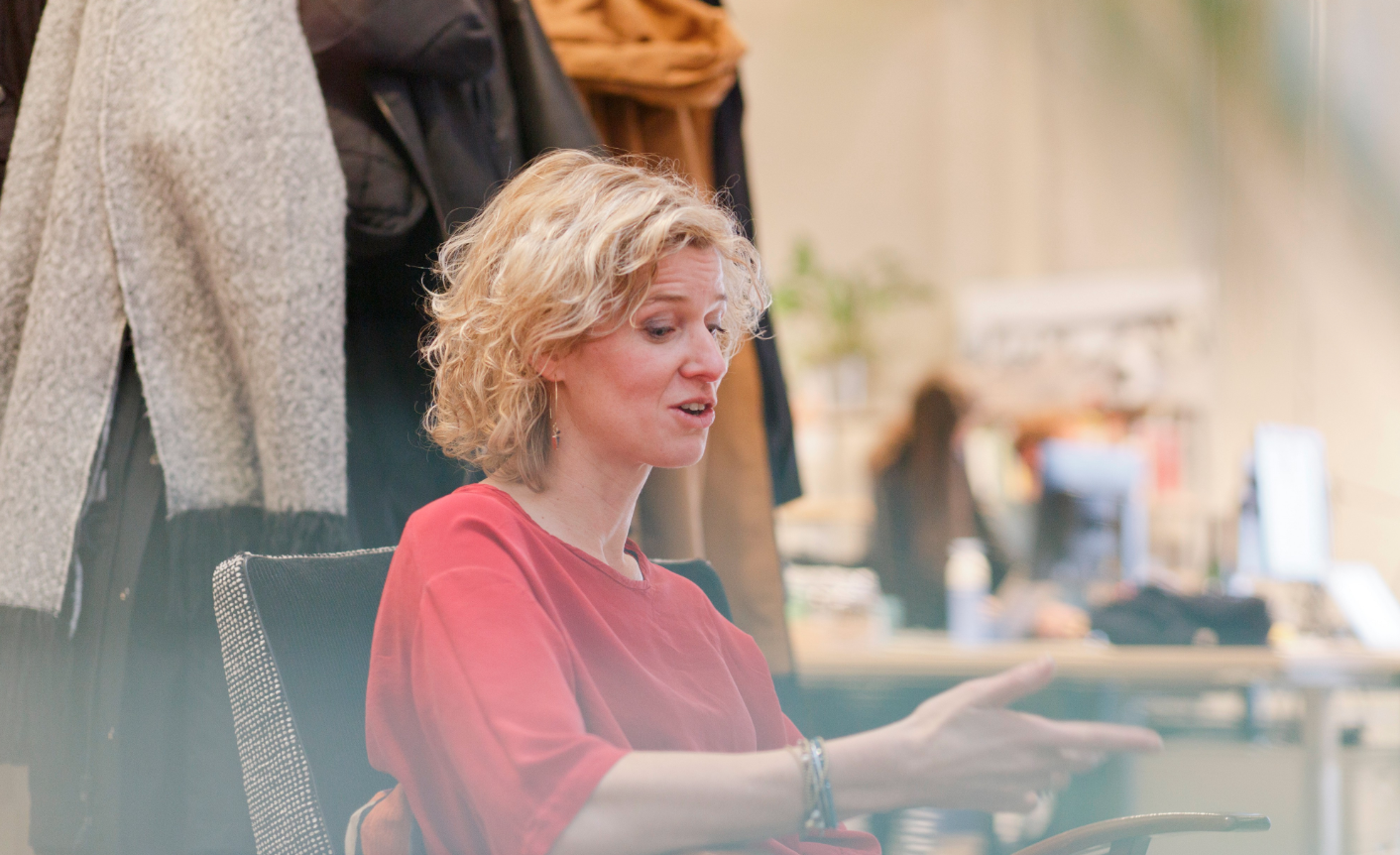 ‍There’s meant to be no such thing as a stupid question, but judging by her reaction to my innocent inquiry, Tessa Wernink doesn’t agree. “Why did I join Fairphone?”, she laughs. “There was no Fairphone when I came here.” What she joined in 2013 was a group of people determined to change the world. “We started out as a campaign raising awareness about the use of conflict minerals in electronics,” Tessa recalls, “but it quickly became apparent that even once you raise awareness of this issue, there was no ‘fair’ alternative on the market for people to buy.”

“Fairphone has become a family for a lot of people here. It’s quite natural as we’re all like-minded individuals who share a set of values.”

The next step was forming a social enterprise to bring an android phone to market that was made with respect for people and the planet. The first signs weren’t terribly promising: on Tessa’s first day, not only was there no Fairphone, there wasn’t anybody else in the office either. “Although Bas and Miguel, the other two co-founders, had sent me a bunch of flowers, which was nice,” she recalls with another laugh.

Since that rather lonely beginning, not only has the Fairphone been brought to life, but it’s also been succeeded by the Fairphone 2, the world’s first modular smartphone. More than 130,000 Fairphones have been sold to date, but perhaps more significant for Tessa is the fact that she doesn’t have to sit on her own any more. Fairphone’s burgeoning reputation has attracted people from all over the world to join the club. “We now have almost 60 people from 22 countries working here, who speak 18 languages,” says Tessa. “But the language we all work in is English, which I think is attractive to a lot of non-Dutch people.”

‍Communicating in a shared language has helped engender a strong bond amongst the Fairphoners, who have built up strong relationships in- and outside the office. “Fairphone has become a family for a lot of people here. It’s quite natural as we’re all like-minded individuals who share a set of values. People who join us from abroad often come here on their own, so they don’t have existing groups of friends and are really open to connecting on different levels. We all believe that we can make a change and want to work together for something more than simply security of income.”

It was never a deliberate strategy to recruit from abroad, although Fairphone’s goal of raising international awareness of its mission, together with a strong customer support ethos, means that it’s worked out quite nicely. “We ship all over Europe, so it’s important to attract people with language skills to customer support, but I think we simply have a cross-border attraction. In my team of seven, for example, there’s only one other Dutch person. There are just a lot of people who really love Fairphone and keep on sending messages and emails asking to start working here.”

‍However, getting a job at Fairphone isn’t as simple as just telling them that you love the company. “Of course we look for a connection to our mission and values (being open, collaborative, creative and positive), but it’s really important that people are good at their jobs — and flexible, too. Things in a growing enterprise don’t always go to plan so our team needs to be flexible and resilient and creative in how to move forward when things change at the last minute.”

So what other qualities make someone the ideal ‘Fairphoner’? “If one’s a woman, of course,” Tessa says with a smile. “No, I’m just kidding, although it’s really great to see that we have a good balance of gender, especially for a tech company. The answer to that question is the same for us as any company: if two candidates have similar skills, experience and connection to mission, that’s a luxury position for us and constitutes a difficult choice. We usually discuss this with other people who have been part of the interview process. It might be related to language skills or an ability to start work soon or move to The Netherlands. It’s no longer down to just what does, or doesn’t, make a Fairphoner.”

“To work here, or in this sector, you need to feel a connection with the purpose we have as a company, not just the product.”

Instead it’s down to a balance of skills and passion that varies per department. “Some roles attract a lot more people with relevant backgrounds and expertise, others are more difficult. It depends on how far the idea of sustainability has moved in certain sectors. More choice in prospective employees is wonderful, but we still can’t always offer the same benefits as other companies.”

However, there aren’t many people who come purely for the weekly yoga lessons and free Fairphones offered as employee perks. “I have yet to meet someone who just came here for the job,” Tessa affirms. “It’s not like having a communications job in a phone company. To work here, or in this sector, you need to feel a connection with the purpose we have as a company, not just the product.”

‍I’m curious as to how Tessa feels Fairphone differs from the rest of the ‘sector’ — and again her answer focuses on identifying the fact that Fairphone is a purpose-driven company. “Most people here have a drive that comes from identifying with the company’s purpose. Whether you talk to software people, industrial designers, logistics, customer support, communications, sales, everyone wants to see the ‘system change’ that Fairphone stands for — an economy based on fairer principles — and see how they can further that within their line of work. Sometimes that means they don’t see the difference between work and their own time, nor does it always make it easy, because people are passionate, but it does make it fun and inspiring.”

Having everyone united behind the same goal doesn’t necessarily make it easier to get things done. The opposite, in fact. “The more people care, the harder it can be (sometimes) to make decisions. People are passionate and have a clear vision of which particular way they want to go — but that doesn’t mean we all agree on the direction we’re going, how to get there. There’s a continuous debate between how we promote our phone and our story. It’s only logical, as nobody has scaled up a social enterprise in the tech sector before, so we’re figuring it together out as we go.”

‍This is the reality of life as a social enterprise, an organisation that uses a commercial model to make social impact. “Our business model is based on selling products; products that bring the buyers closer to knowing what the impact of their purchase is. So the Fairphone stands for what we believe in, but it’s also just a phone. Does that make us a phone company or a social impact company?”

On a day-to-day level, this debate requires a more integrated approach to decision making. “We have to consider costs in more than just financial terms. As a result, we need to discuss issues that might be more straightforward for organisations that always choose the path that provides the most revenue.”

“Our phone is a platform that can pull together people with different ideas who can contribute to a bigger truth.”

As I begin to ask what the consequences are for future investment or expenses, Tessa stops me mid-sentence. “There might be a misconception that as a social enterprise we don’t operate like a ‘normal’ business, but that’s not true. In many ways, most of the choices we have are the same — we still need to make money and sell phones — but the outcome and the goals are different. Our focus is investing in social innovation, instead of purely technical innovation. When other phone companies design a new phone, they research new technology — we research supply chain improvement.”

Given the closeness of the Fairphone family in Amsterdam, I ask Tessa whether this means that improving the supply chain entails having closer relationships with the people on the ground spread around the rest of the world too. It turns out not be completely necessary. “Well, not everybody is in touch with everyone else, but like any tech company, people here work directly with the suppliers. We have someone permanently based near the factory in China and we have people visiting projects in Rwanda and Peru, for example, who go there regularly. We don’t usually set up the supply chain, but join initiatives that do.”

That’s the thing: as Tessa readily admits, not everything about Fairphone is perfect yet, and the quest to create fair supply chains, to know exactly what goes into our phone, where it’s made and who is involved, remains a work in progress. “From the start, we’ve been very honest about what we can and can’t do. It’s almost an open source approach: if we put it out there, we can innovate and show what the best practice is, where we failed and where we succeeded, and other companies starting up as social enterprises can learn from our mistakes or achievements.”

‍I’m struck by something that Tessa said to me earlier: “Our phone is a platform that can pull together people with different ideas who can contribute to a bigger truth.” It took me a while to realise, but it’s not just Fairphoners she meant, but people who buy the phone, turn up to the events, share blog articles or larger companies who join the movement. Before I leave, I ask Tessa what she believes what is rooted in Fairphone culture that will help it achieve its goals. She doesn’t hesitate for a second. “Determination and positivity. I could add openness, creativity and flexibility, but I think the good-natured people, their sense of humour combined with their determination and hard work to make a difference (combined with similar characteristics in our buyers and followers) have got us where we are today.” The question now, which hopefully won’t turn out to be a stupid one, is whether the rest of the world will pick it up. 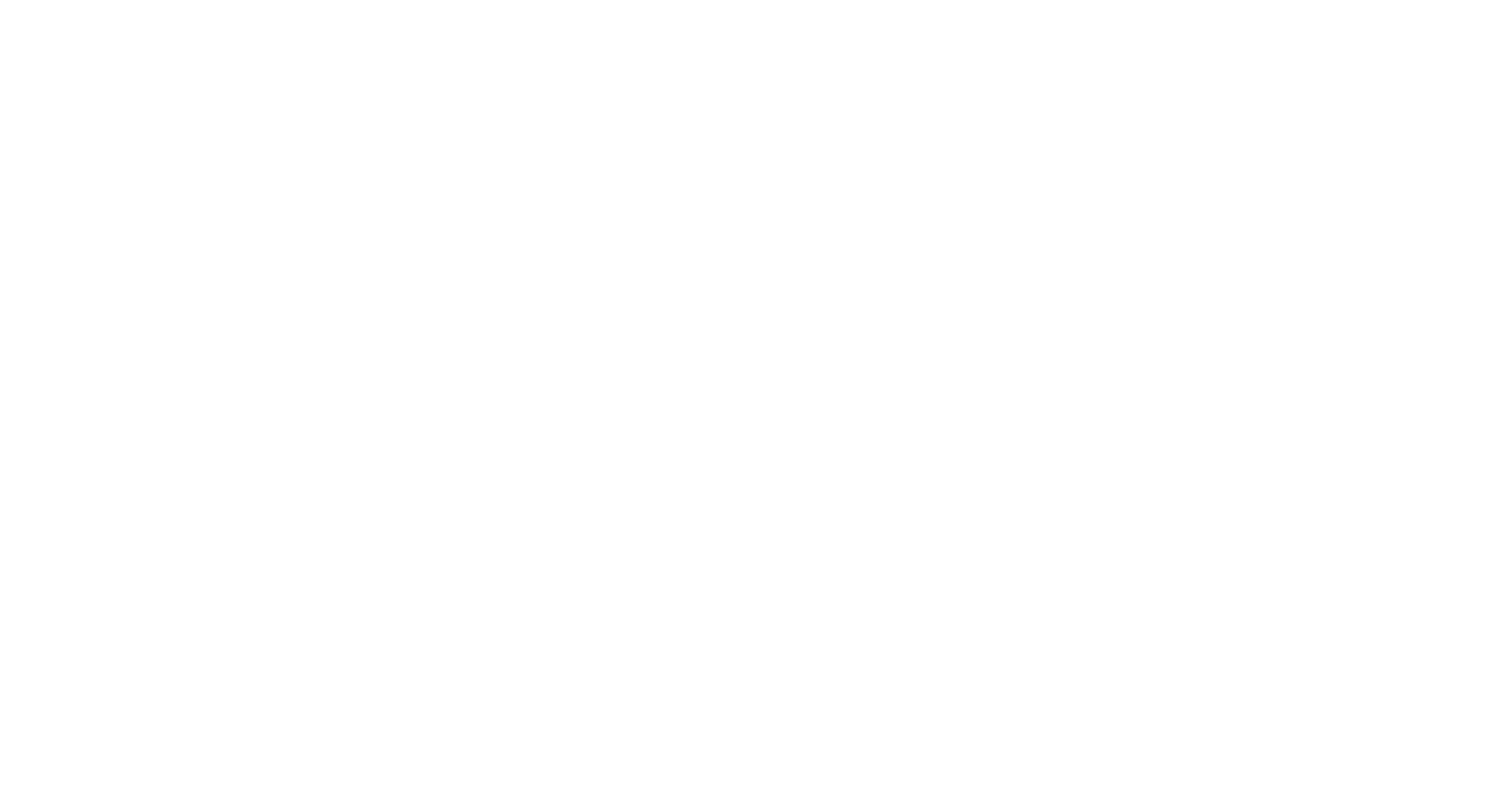 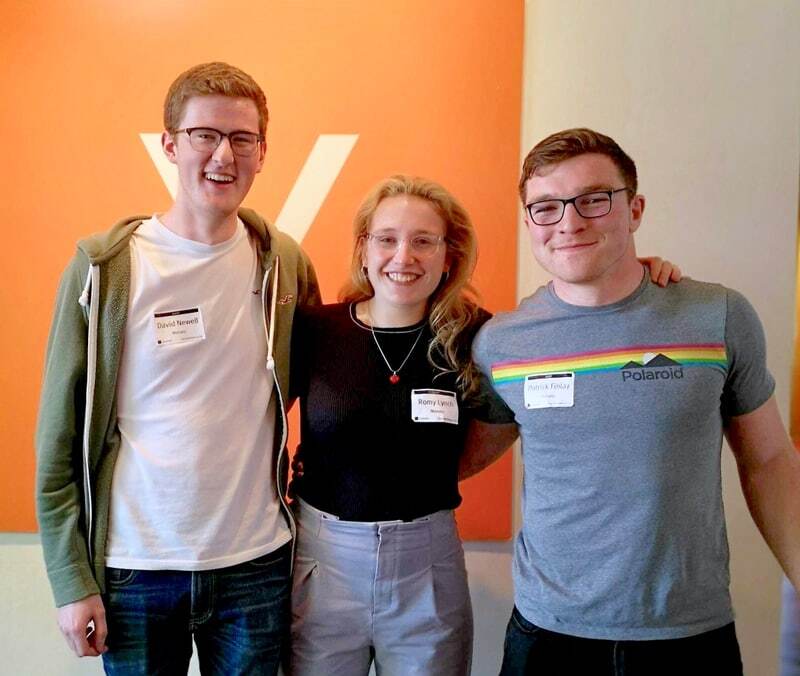 How Quorum wrote one of the most honest and inclusive job descriptions we've come across. 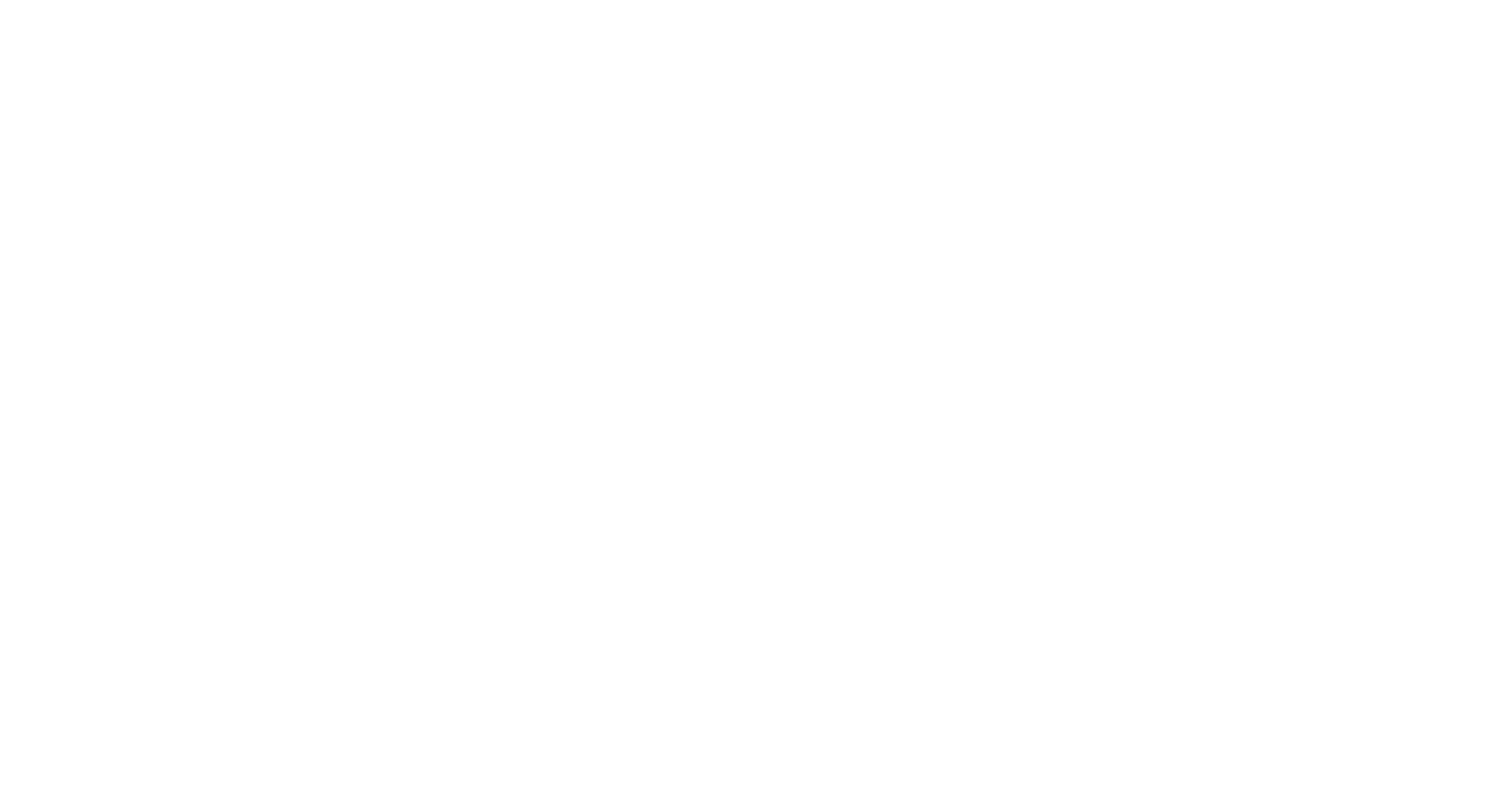 How to write a job description that attracts qualified, diverse talent