Reading:
Homerun: Knocking it Out of the Park

Homerun: Knocking it Out of the Park 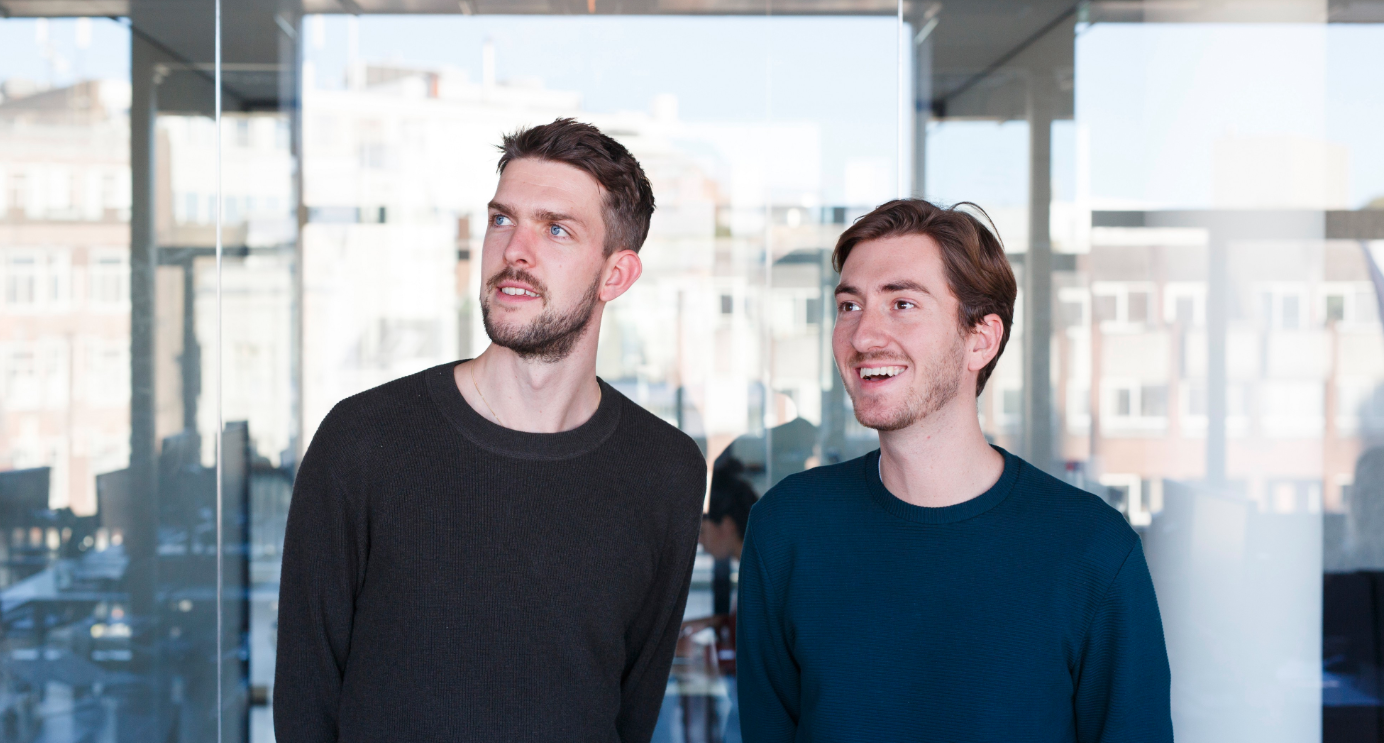 The war on talent

‍Recruitment. It’s not exactly the sexiest word in the dictionary — even the stars of this interview describe it as ‘a black hole’ — but whether you’re a multinational or a tech start-up, you neglect it at your peril. It’s such serious business that in Silicon Valley the ‘r word’ is referred to in hushed tones as the war for talent, a no holds barred contest in which companies across the world fight to the death for the brightest, most creative minds.

“Everyone agrees that talent is the number one asset that defines the success of a company.”

Willem van Roosmalen and Thomas Moes are the Dutch duo at the eye of this storm. They’re the founders of Homerun, online software that makes recruitment, well, if not quite sexy, then much better looking and engaging. That’s simply the way it’s got to be if you want to attract the brightest and best minds. “Everyone agrees that talent is the number one asset that defines the success of a company,” Willem states, “both now and in the future, but people rarely see the connection between talent and recruitment.”

The need to shake up the status quo has become more pressing simply because that’s the way Generation Y works. People who have grown up with the storytelling power of the Internet want to follow dreams, not fill positions. “Besides job security, everyone now wants fulfilment and purpose from their work,” says Thomas. “Plus people are switching jobs more than ever, so if everyone is offering great salaries and perks, you’ll need to put something else on the table as another reason for your employees to stay.”

‍The fundamental problem, according to Willem, is quite simple. “Only recruiters do recruitment, and their degrees are based on theories and case studies from the 80s and 90s.” As you might have guessed, Willem and Thomas have a slightly different background. “We’re designers,” reveals Thomas, “So our job is to ask questions and propose solutions.” They learned valuable lessons in their previous venture, Fontanel. What started as a website featuring interviews with designers evolved into the largest creative job port in the Netherlands. Fontanel’s position straddling the front and back ends of leading creative agencies and brands gave Willem and Thomas invaluable insights into how recruitment worked — or rather, how it didn’t.

“Companies were effectively posting the same job post,” Thomas remembers, “Just with a different email address and a few small differences in the general description of the job details. But as we had done interviews at all these places, we knew that their corporate cultures were completely different.”

This was the beginning of Homerun, a system that enables companies to tell a more personal and appealing story to prospective employees. It’s a switch to a pro-active recruitment policy that employers have to make if they don’t want to lose the first battle in the war for talent. However, most people haven’t got a clue of what they’re doing wrong.

“People are switching jobs more than ever, so if everyone is offering great salaries and perks, you’ll need to put something else on the table as another reason for your employees to stay.”

‍“Most recruitment strategies are purely reactive,” Willem sighs. “It’s only when a company scores a new client and suddenly needs new staff that they start hiring and promoting job posts. It makes much more sense to follow a marketing-like strategy instead: tell stories that connect and resonate with an audience, not just once but in the long-term too. A lot of companies understand the importance of creating a strong brand to communicate with customers, but they still don’t appreciate that as an employer you have a brand as well.”

Not just a brand, but also a brand story that has to be shared with potential employees. “It’s much harder to attract people to your company if you don’t communicate your company’s soft values,” Thomas explains. “Again it mirrors developments in marketing. For example, car adverts now focus on creating a story around the brand instead of concentrating on features like mileage or performance. In the same way, Homerun enables companies tell a more authentic story instead of a list of bullet points of required skills.”

‍Homerun has faced similar challenges itself as it grew from a two-man start-up to a company of seven people in the last year. “We’re our own case study,” says Willem, so how exactly do they practice what they preach? “We get a lot of inspiration from sports. As well as powering our brand and the way our team works together, it’s a driver behind how we hire as well. One thing we picked up is the importance of not just hiring when you need someone, but scouting future talent when you don’t. That’s exactly what we did with our new Marketing Manager, Yuki. We knew she was talented, so we met her for coffee at a time when we weren’t looking to hire and she wasn’t looking for a new job. This meant when we were looking to expand at a later stage she already knew who we were — and believed in what we do — so it made perfect sense for both parties when the time was right.”

“We get a lot of inspiration from sports. As well as powering our brand and the way our team works together, it’s a driver behind how we hire as well.”

“Everyone we work with isn’t just good at what they do, we like hanging out with them too. That’s the way it has to be if we’re going to be working together five days a week. The right hire is a combination of experience and personality,” Thomas agrees.

Even the purely financial deals in Homerun have to work on a personal level. “We talked to 15 potential investors, 14 of whom wanted us to focus on financial gain instead of creating a durable company that we could be proud of. However, our current investor understood our vision, and most importantly, trusted in us as people, instead of the fact that we had a product that could make a lot of money for him. During this year, we’ve discovered that it’s better to steer the ship with our intuition, as opposed to just thinking about money. We might have found a better deal elsewhere, but we’ve learnt that the more we follow our gut, the more that feels like a consistent vision. Our team buys into the vision too and we’ve become much more of a tight knit unit.”

‍You could say that teambuilding is the name of the game at Homerun. Every day starts with a ‘stand up’, where everyone gives a short speech explaining what he or she did the day before and what the plan for today is. It sounds obvious, but this simple (and often overlooked) form of communication puts everyone on the same page and the same level. It’s just one of the ‘rituals’ that Willem and Thomas view as vital to success.

Willem picks up the baton. “As the person in charge defines what people think is important, we’ve found that companies are usually an extension of the boss’s personality. If he or she is business savvy, then the business will be savvy. If you have a creative boss, it will be more creative. In that respect, sport is important to us, so we try and pass that on to the people who work for us too.”

Everyone at Homerun gets a free gym membership, and every now and then one member of the team will invite the others to join them playing their regular sport. But Willem and Thomas also recognize that to perform at your best, you need to take care of your mind as much as your body. Mental stimulation is also provided in the form of a subscription to a mindfulness app, Headspace, as well as a museum pass, e-reader and book budget. “These are all things that we want to encourage and stimulate amongst the people we work with,” Thomas confirms. “We really believe in the importance of taking care of your body and mind so you can grow as an individual.”

“As the person in charge defines what people think is important, we’ve found that companies are usually an extension of the boss’s personality.”

Balance extends to regular check-ins, formal and informal on how everyone’s doing. “Every other Friday we do retrospectives,” says Willem, “where we all take ten minutes to write down everything that’s happened in the last two weeks: what we enjoyed, found difficult, whether it’s at work or at home (only if anyone wants to share that, of course). It’s become a natural part of how we communicate and share feedback with each other.”

“It’s another reflection of our personalities as founders,” Willem continues. “Thomas and I have always been very open towards each other. We don’t care whether it hurts or not, as we’ve always felt that honesty stops problems from getting bigger. At Homerun we do our best to create a culture of openness, so apart from the retros we have informal one-on-ones every month to check in on how everyone’s doing and share feedback, both positive and negative. I guess the link between all of this, is a culture of sincere honesty.” That, and perhaps a winning mentality. After all, it’s not called Homerun for nothing. 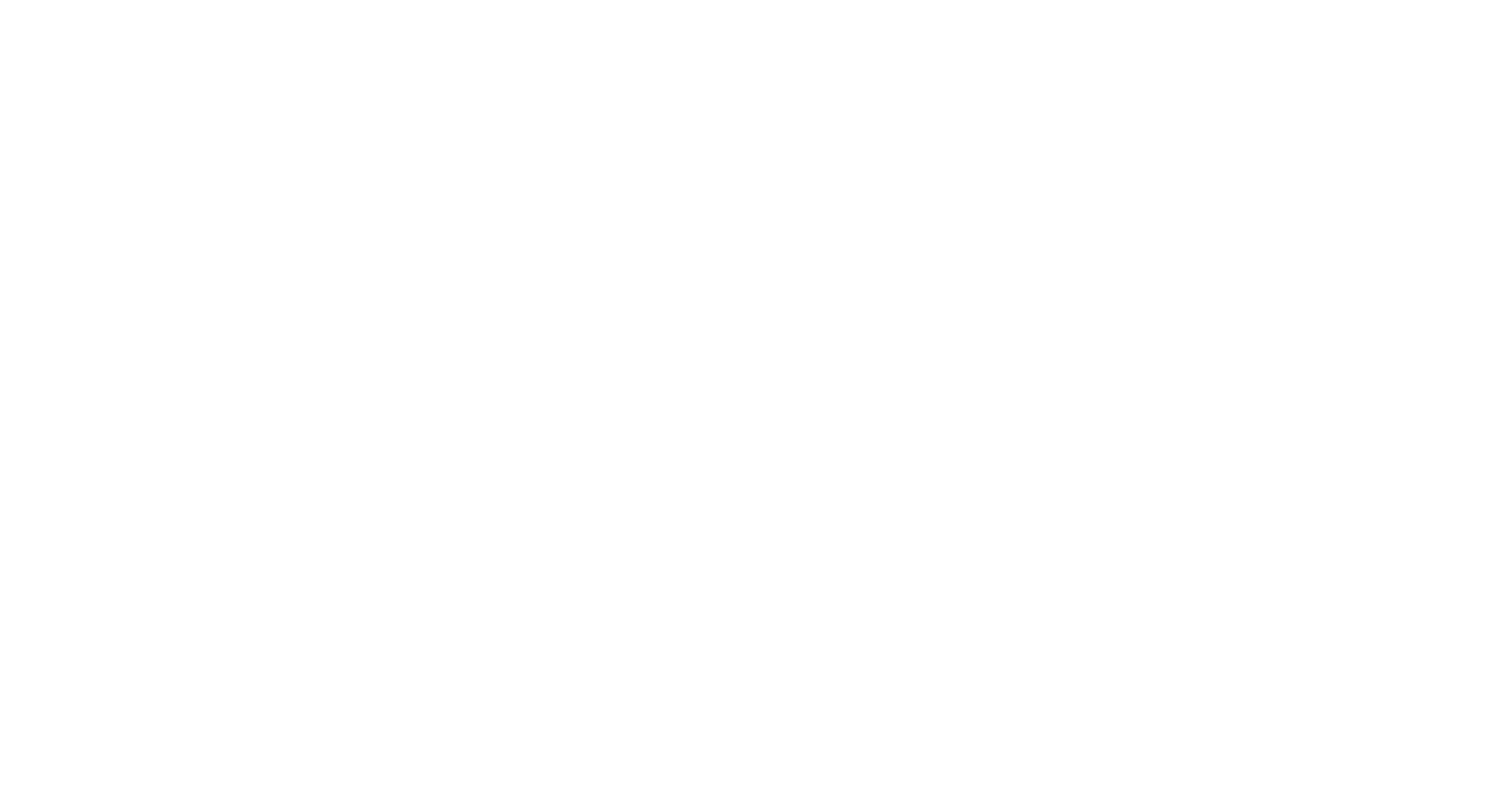 A great application form: a joy for candidates and a solution for hiring chaos. 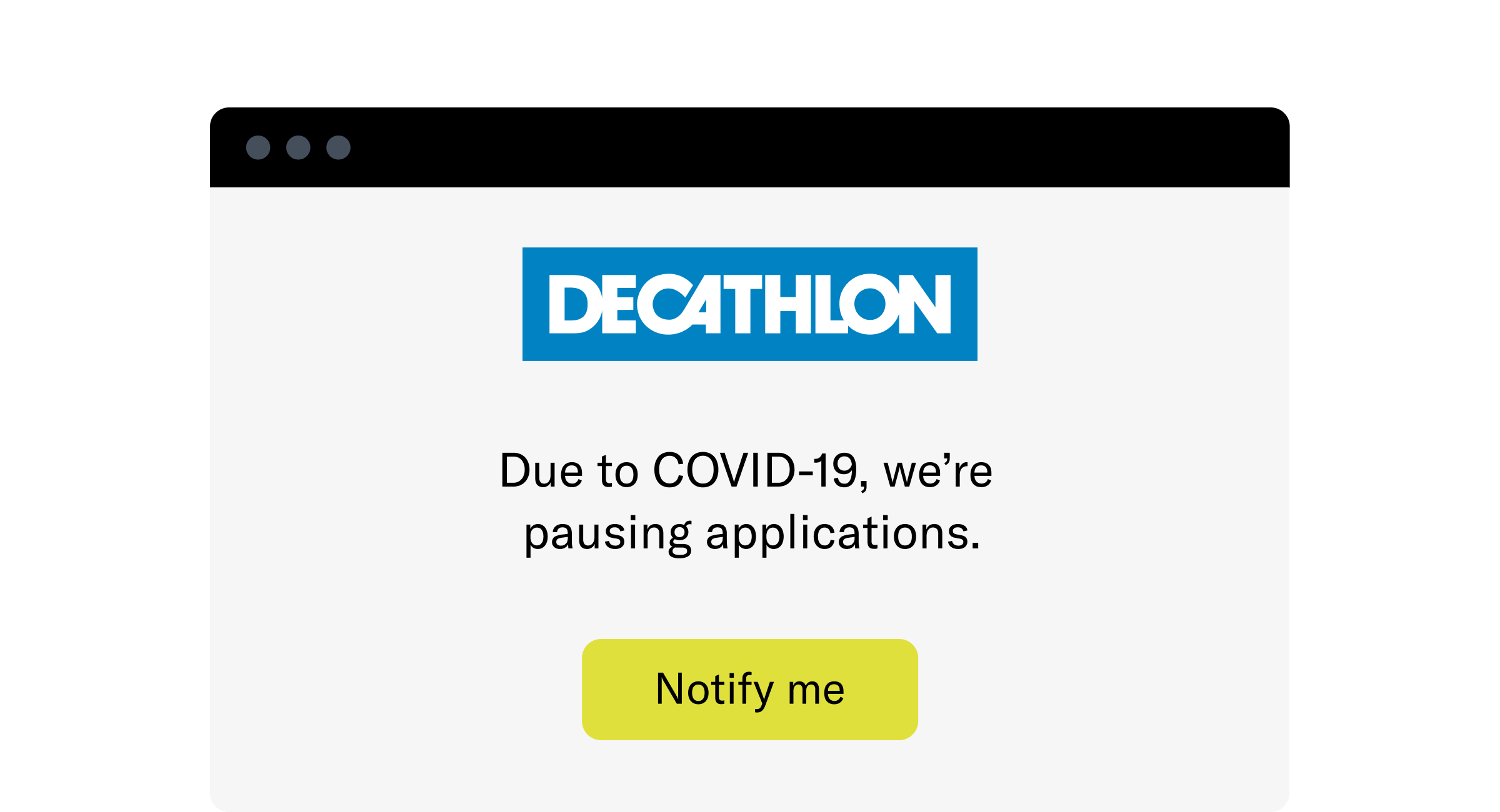 Flexibility in unstable times is essential. 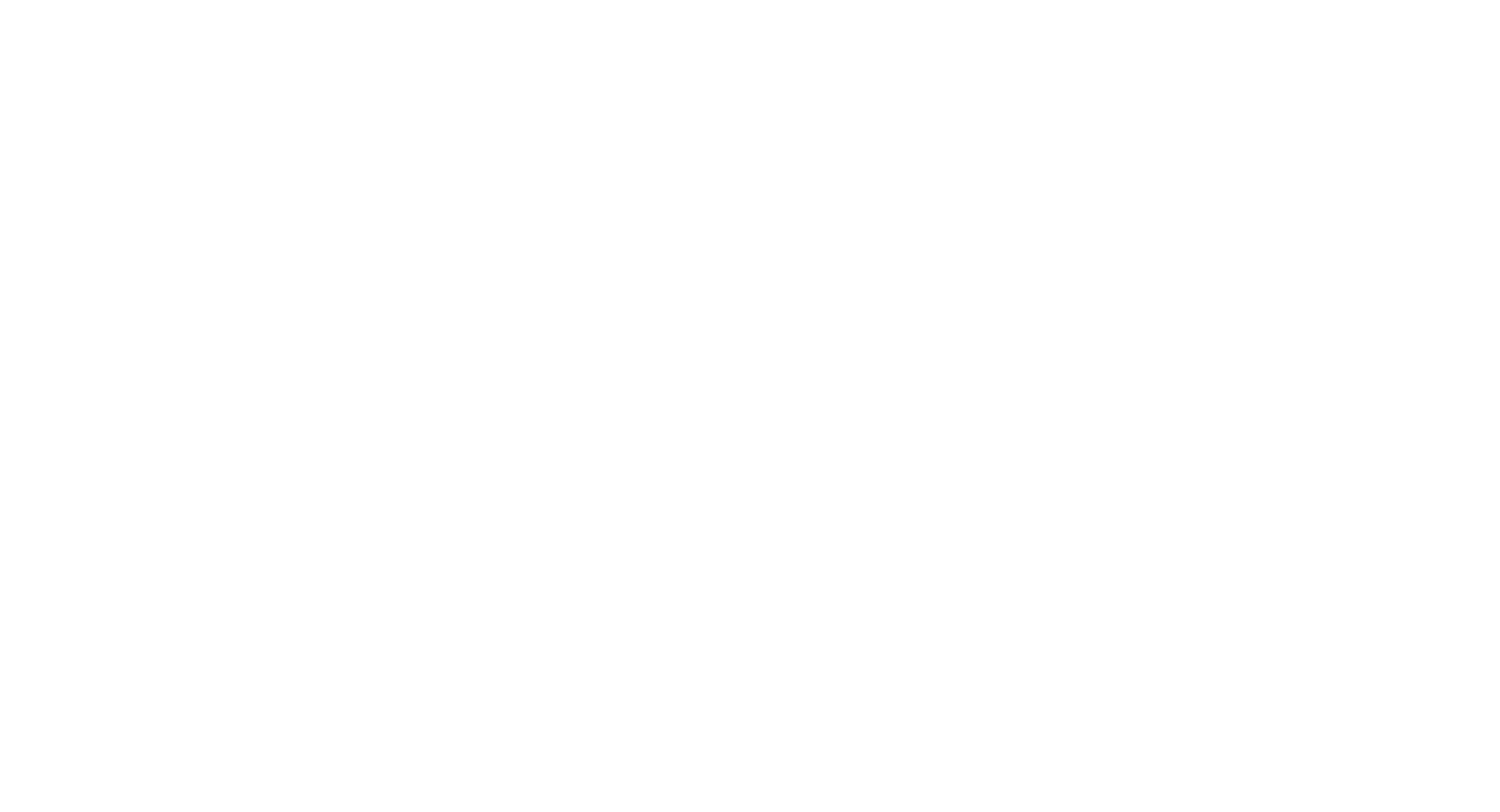 How to be GDPR compliant with Homerun